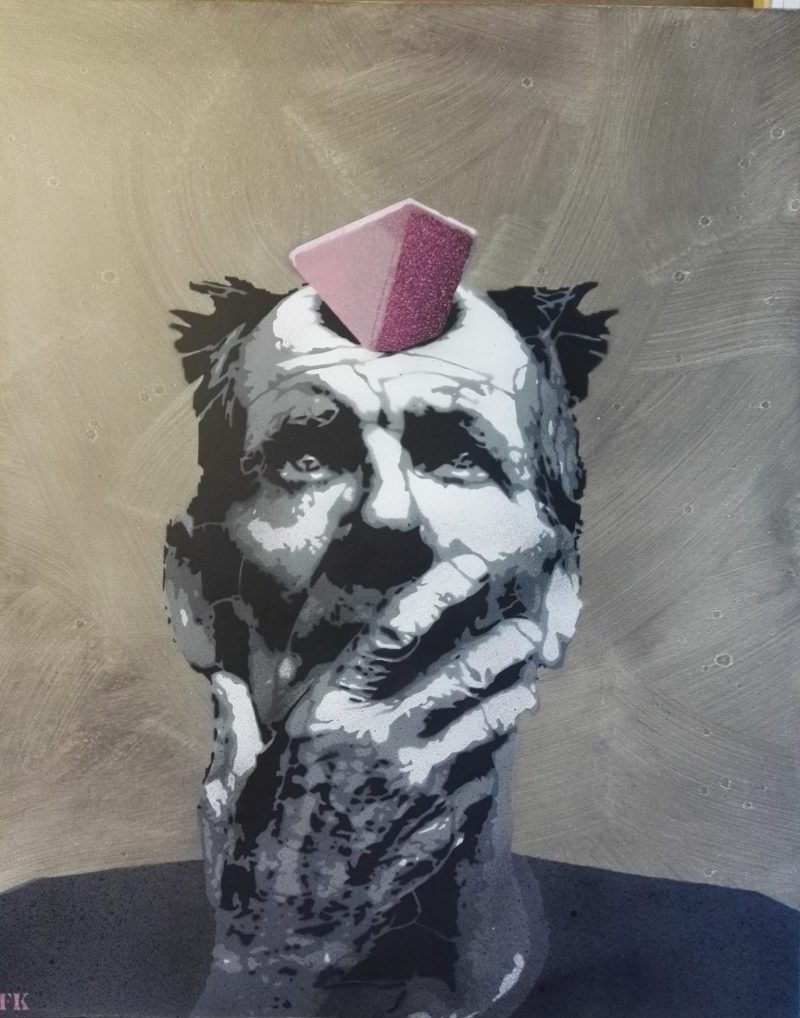 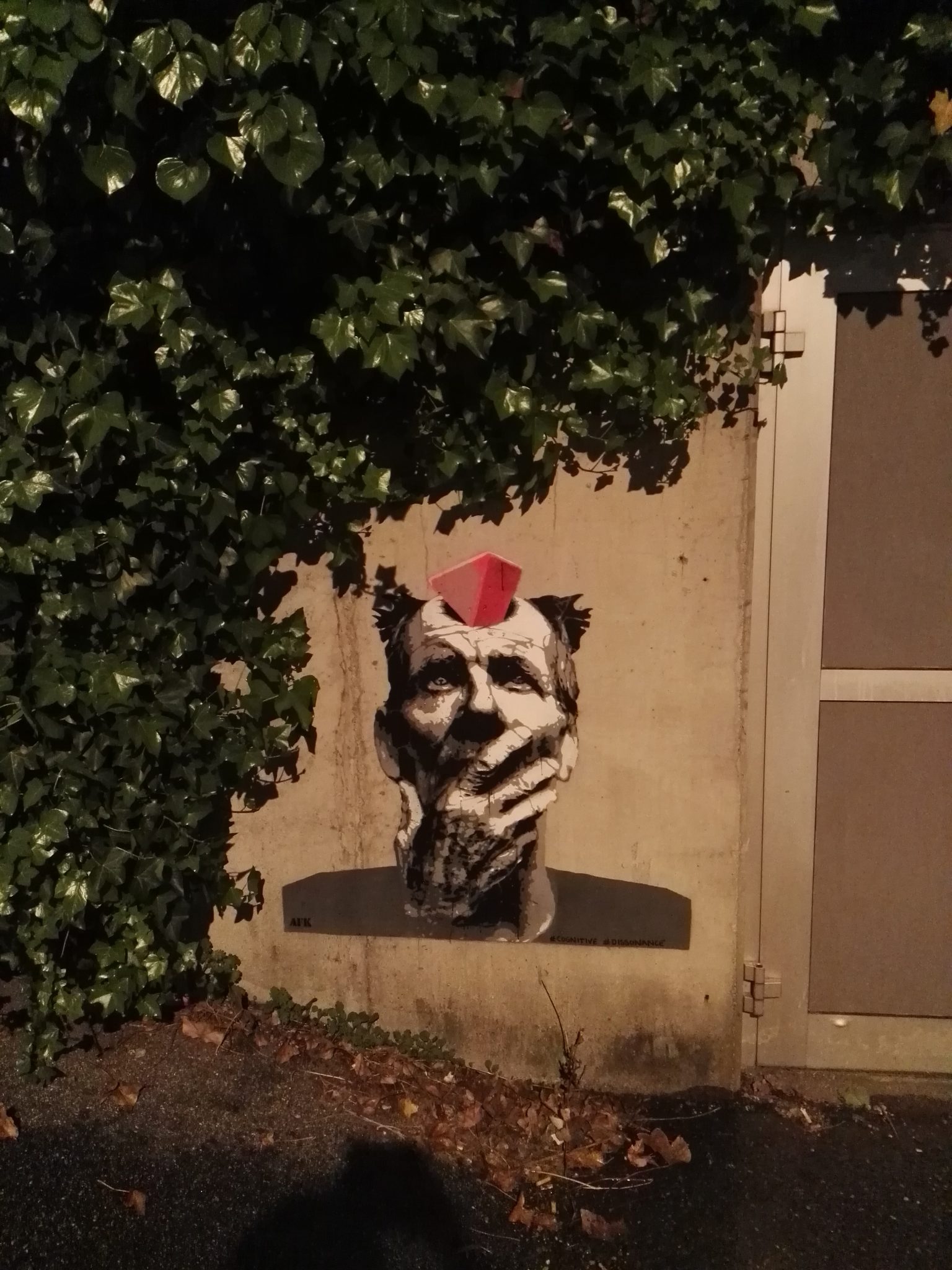 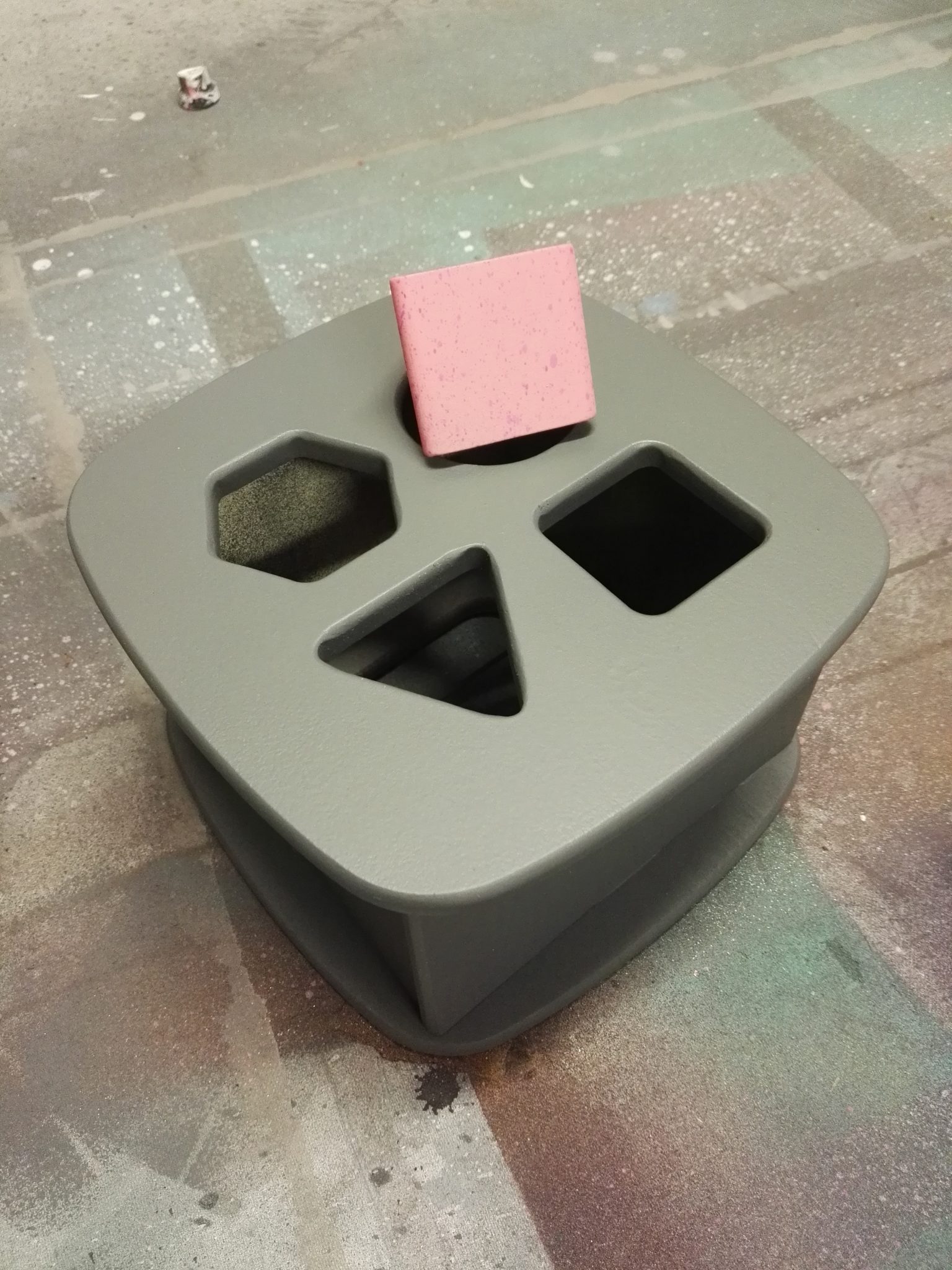 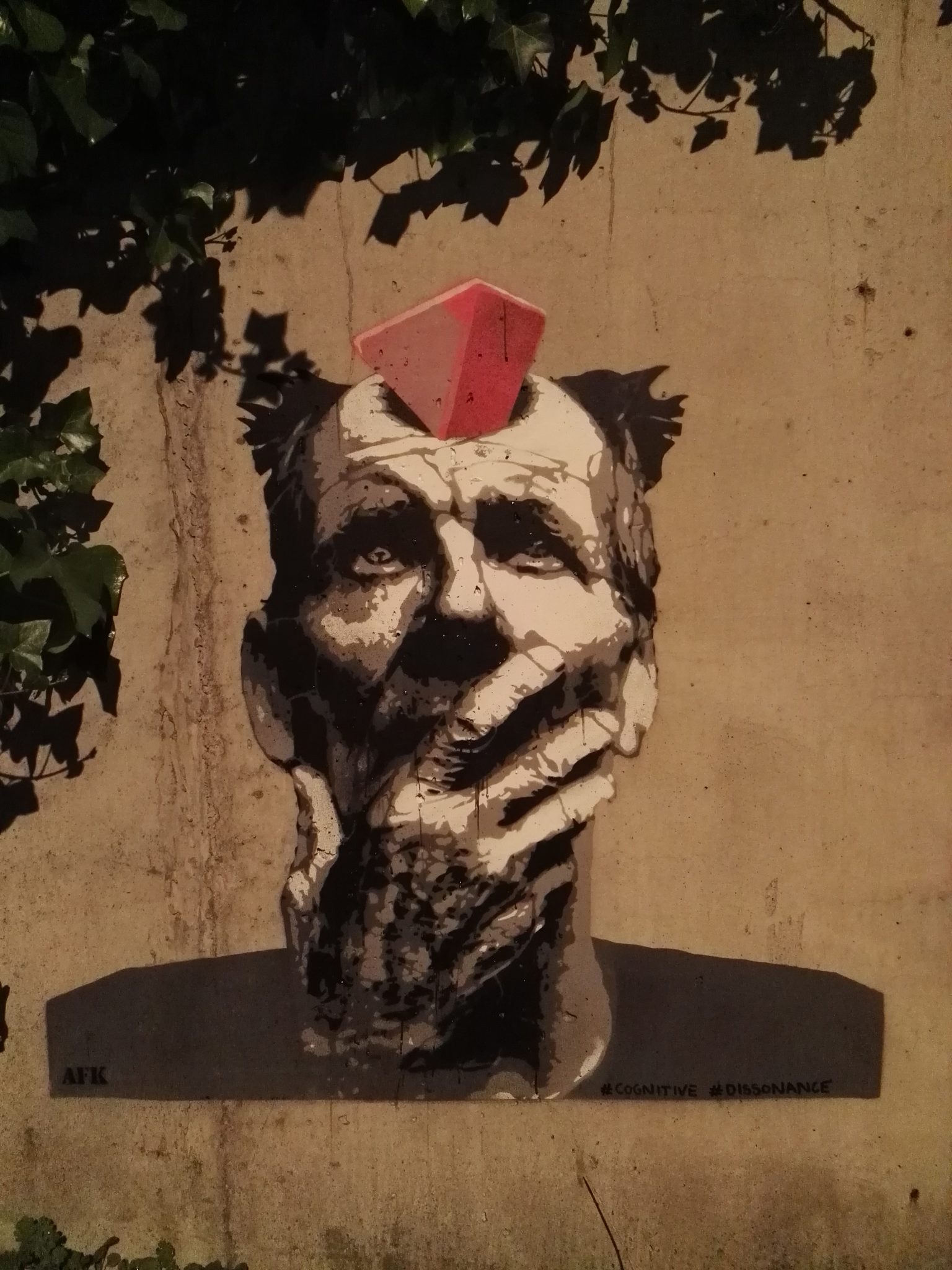 Cognitive dissonance, the mental conflict that occurs when beliefs or assumptions are contradicted by new information. The unease or tension that the conflict arouses in people is relieved by one of several defensive maneuvers: they reject, explain away, or avoid the new information; persuade themselves that no conflict really exists; reconcile the differences; or resort to any other defensive means of preserving stability or order in their conceptions of the world and of themselves. The concept was developed in the 1950s by American psychologist Leon Festinger and became a major point of discussion and research.

This work may also be available at Gate Galleriet in Bergen.